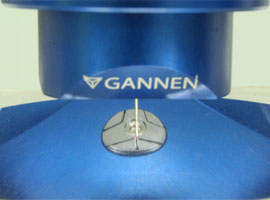 
* The analysis is based on three times the standard deviations (k=3) and a maximum displacement of the sensor tip of 10 micrometers in a temperature controlled environment, where temperature variations are within plusminus 0,1 K