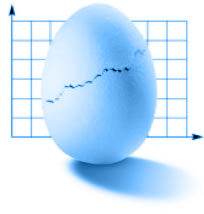 Product development on precision probes started in 1996 with a Ph.D. study by dr.ir. Pril at the Precision Engineering section, led by prof.dr.ir. Schellekens at the Eindhoven University of Technology. By 2001 the first series of prototype probes was manufactured, resulting in the promotion of dr.ir. Pril in 2002.

A second Ph.D. study on the Gannen-XP started in 2002 to improve its measurement behavior, manufacturability and assembly . This research is also conducted at the Precision Engineering section by prof.dr.ir. Schellekens and carried out by dr.ir. Bos.

Xpress Precision Engineering is founded in 2004 by dr.ir. Bos to support the ongoing research effort and facilitate cooperation with local manufacturers. Machine tests and ongoing research efforts led to improved specifications and a reduction in cost of manufacturing and assembly. Encouraged by these results Xpress Precision Engineering started business development of this innovation early 2006.

These efforts led to introduction of the Gannen-XP, mid-2006, which is now available worldwide. The Gannen XP probing system is still the most accurate commercially available 3D probing system in the world today (2015). It is used on ultra precision artefacts, lenses, mirrors and various other components.

Research and development is a main focus at Xpress Precision Engineering. With about 60% of staff working in R&D, Xpress strives to remain a developer of state-of-the-art equipment for ultra precision 3D measurements. A main research focus is on improving the measurement uncertainty of our probing systems and facilitating measurements on ever decreasing feature sizes.

For our future products and other research, Xpress Precision Engineering is working in close cooperation with the Eindhoven University of Technology and its network of suppliers and research institutes. The research effort is supported by partnerships with renowned manufacturers and other partners.